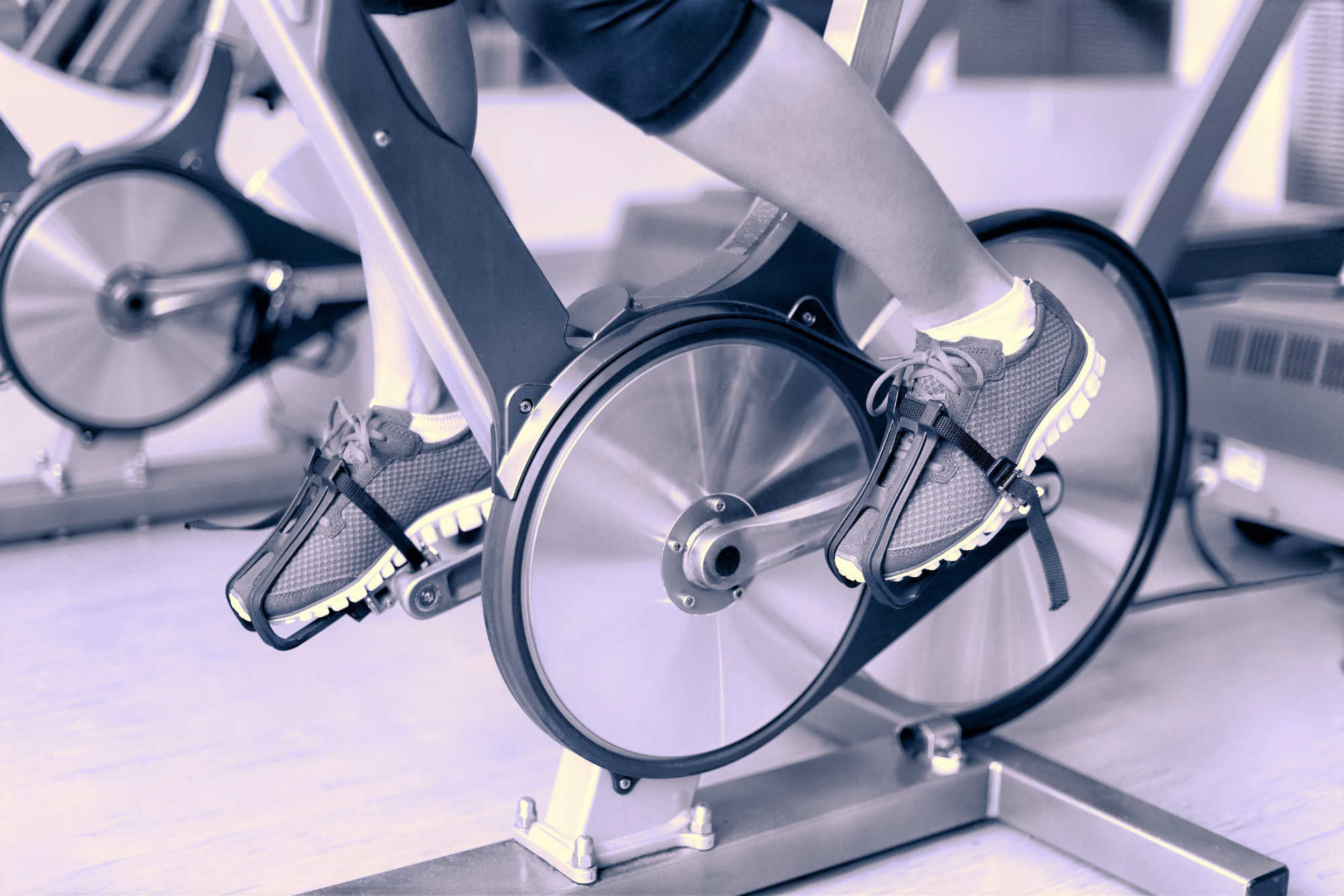 Late last year, my gym finally got new (to us) indoor cycling bikes with consoles. Even though they’re used bikes, it’s so exciting to have consoles that we can use to measure different aspects of the ride. One participant even commented that indoor cycling rides are more challenging when you have a console to hold you accountable and motivate you. The only bummer I find with most indoor cycling bike consoles, including ours, is that the numbers can vary so drastically from bike to bike, and sometimes even day to day on the same bike. Especially as the indoor cycling bike consoles start to get some wear and tear, they’re easily off calibration, and usually read much different numbers than you would see if you were riding outside.

So, here’s the problem: how do you suggest a range to work within for any of the items displayed on the console (speed, RPM, watts, etc.) when the bikes’ calibration varies so drastically? For example, you might say, “your WATTS should be between 100 and 500,” but what if their WATTS are calculated on a bike console with an inaccurate calibration? Even if the calibration is correct, 100 to 500 is such a huge range to work with as a participant.

My solution? Do the same interval more than once, and use the first interval as a guide to match or surpass in the remaining intervals. That way, it doesn’t really matter if the numbers are inaccurate, because riders will be able to reach their max using measurements they establish instead.

For example, if you want to track WATTS, you can suggest:

That way, participants are pushing to find their very best WATTS they’re able to ride that day, despite any inaccurate indoor cycling bike consoles’ calibrations, and can use that to guide the rest of their ride.

Another measure I like to use is distance and time. These two are nice companion measurements, and you can do quite a few exercises with them.

For example, you can track distance over a specified amount of time:

“We’re going to do a breathless, sprint interval for 60 seconds, seeing how far we can go using that distance measurement. Then, on our next interval, we’re going to cut both numbers in half, so half the distance in half the time.”

Creating a guide measurement to follow for the rest of the class helps to avoid the issues we typically find when offering broad ranges for participants to follow. Make sure that you start over each week, asking participants to observe and measure their numbers on the first interval, since they may switch bikes from week to week or their indoor cycling bike consoles may have been altered since. Then, use that metric as a guide to match or beat during other intervals in the class.

For more tips and tricks, check out the group exercise ideas page. You can also find spinning playlists and workouts here.