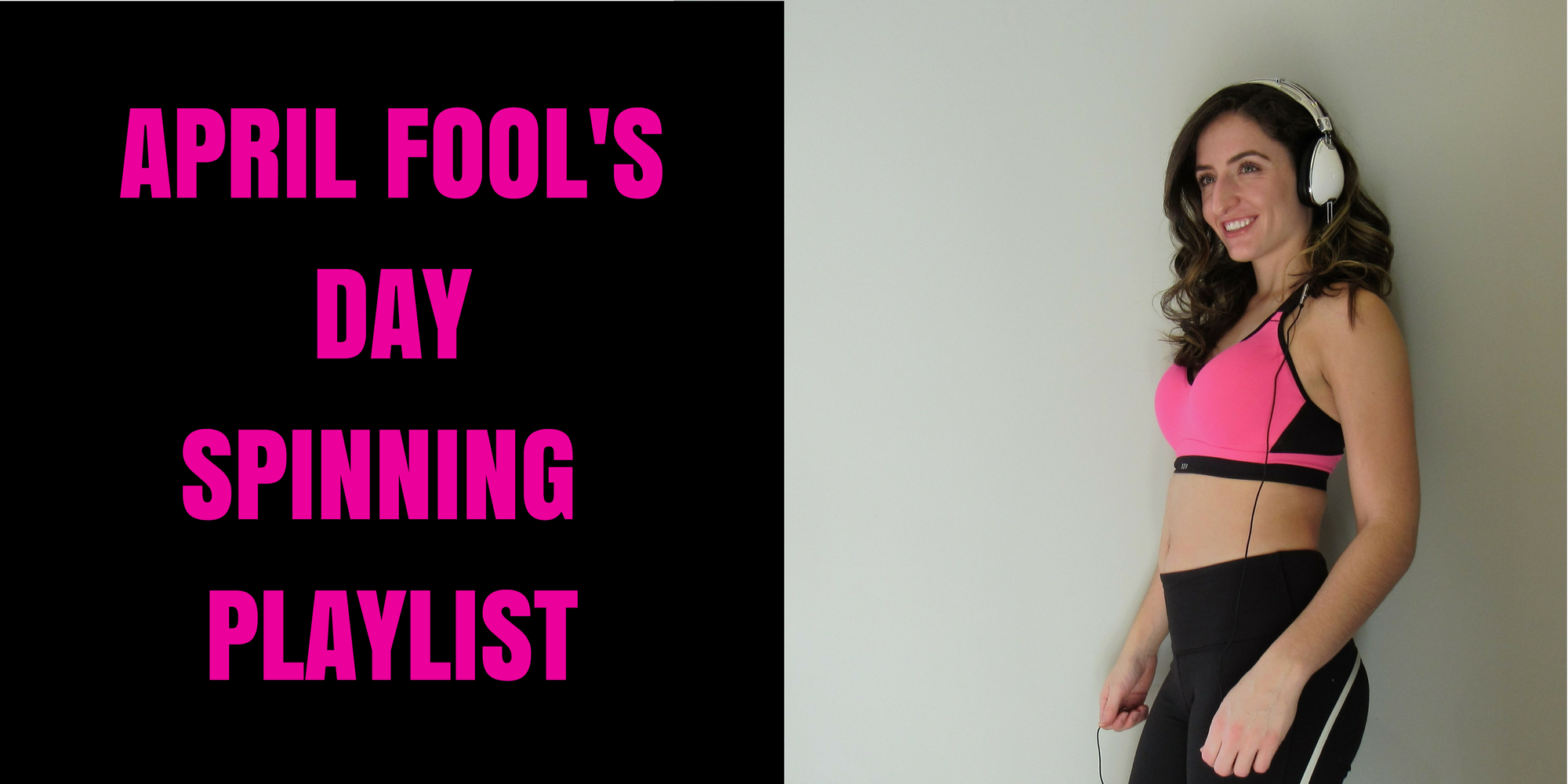 My spin class participants have become obsessed with wacky themed playlists, so I couldn’t pass up an opportunity to create an April Fool’s Day spinning music playlist and routine, knowing the silly song selection I’ll have to choose from. Themed spin playlists are a great way to mix up the typical Group X class and energize folks to focus and work hard. Personally, I like to push the edges of my themed playlists, and add songs that don’t quite fit into the theme. That’s because those are the songs that end up being great ice breakers, comedic relief and, frankly, the most fun.

I thought I’d really try to push the envelope with my April Fool’s Day spinning playlist and routine. Not in a way that would put people off, but it a way that would make them chuckle or do a mental double take. Because, that’s why participants show up to my class: to get a different, more challenging workout than they would on their own.

Here’s the series — do it three times through. Each song in the series increases resistance, so participants will continue to add resistance throughout and maintain it as they go from Song 1 to Song 3. At the end of Song 3, that’s when folks will go back to their flat road baseline and start over.